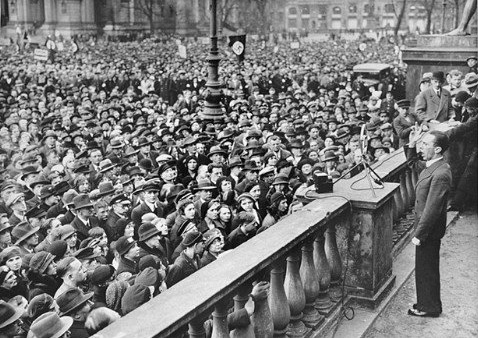 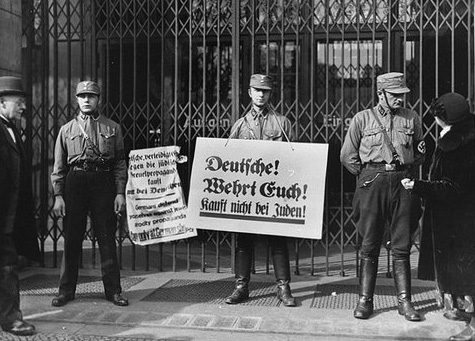 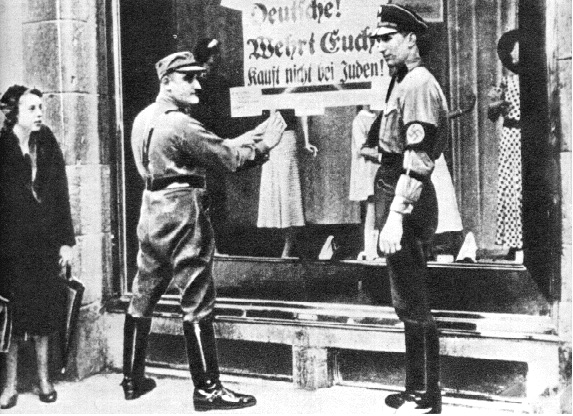 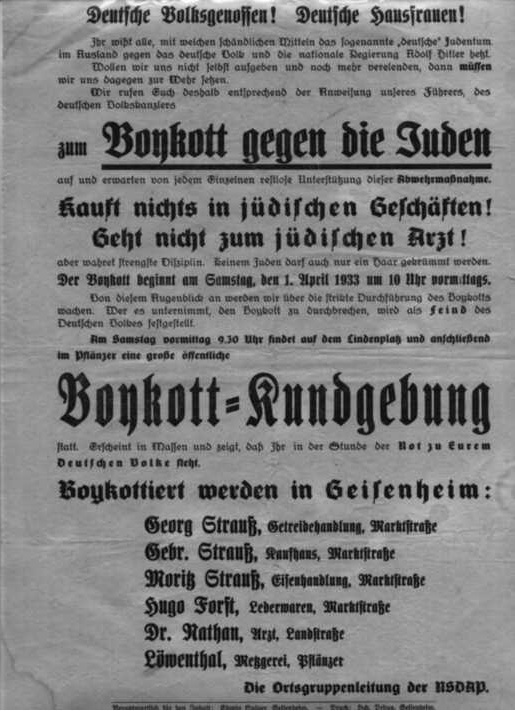 A month after the Nazis came to power in January 1933, Goebbels was really able to flex his muscles. He wasn't appointed Propaganda Minister immediately because Hitler needed Goebbels to direct his party's propaganda campaign in one final election battle, and, as Hitler pointed out to him, it wouldn't be right for the Reich Propaganda Minister, a government official, simultaneously to direct the Nazi party's propaganda election campaign.

As soon as the Nazis came to power the world Jewish community announced an international boycott campaign against Germany. Jews would not buy any German products. They would not accept any more German films, for example, and would see that others would not accept them. Jewish restaurateurs in England announced they would no longer serve German customers. If you read the newspapers of the day, such as the London Daily Express, you'll find all the details of this anti-German Jewish boycott, which is now all too readily forgotten. Today all we hear about is the Nazi boycott against the Jews, which lasted for a single day -- Saturday, April 1, 1933. Brown shirt SA men stood outside Jewish businesses and shops, and admonished customers against entering.

As a warning to Jews abroad to go easy on Nazi Germany, the boycott failed, of course. It just enraged the international Jewish community even more. At the time, and ever since, the Nazis were effectively rapped on the knuckles for that boycott. It was Goebbels who organized that boycott, even though, if you read his diary, you can get the impression that Hitler authorized it, sanctioned it, and possibly even suggested it. But there's no doubt at all in my mind that this is another case of Goebbels having an idea, of putting it into effect, and then playing a trick by writing in his diary that he'd gotten Hitler's approval in advance. He had already done something like this in 1932, when he railroaded Hitler into an unsuccessful election campaign for Reich President against Paul von Hindenburg. In his diary he rather implies that Hitler asked him to go ahead with it and sanctioned it in advance. We see exactly the same phenomenon in November 1938: the "Night of Broken Glass."[2]