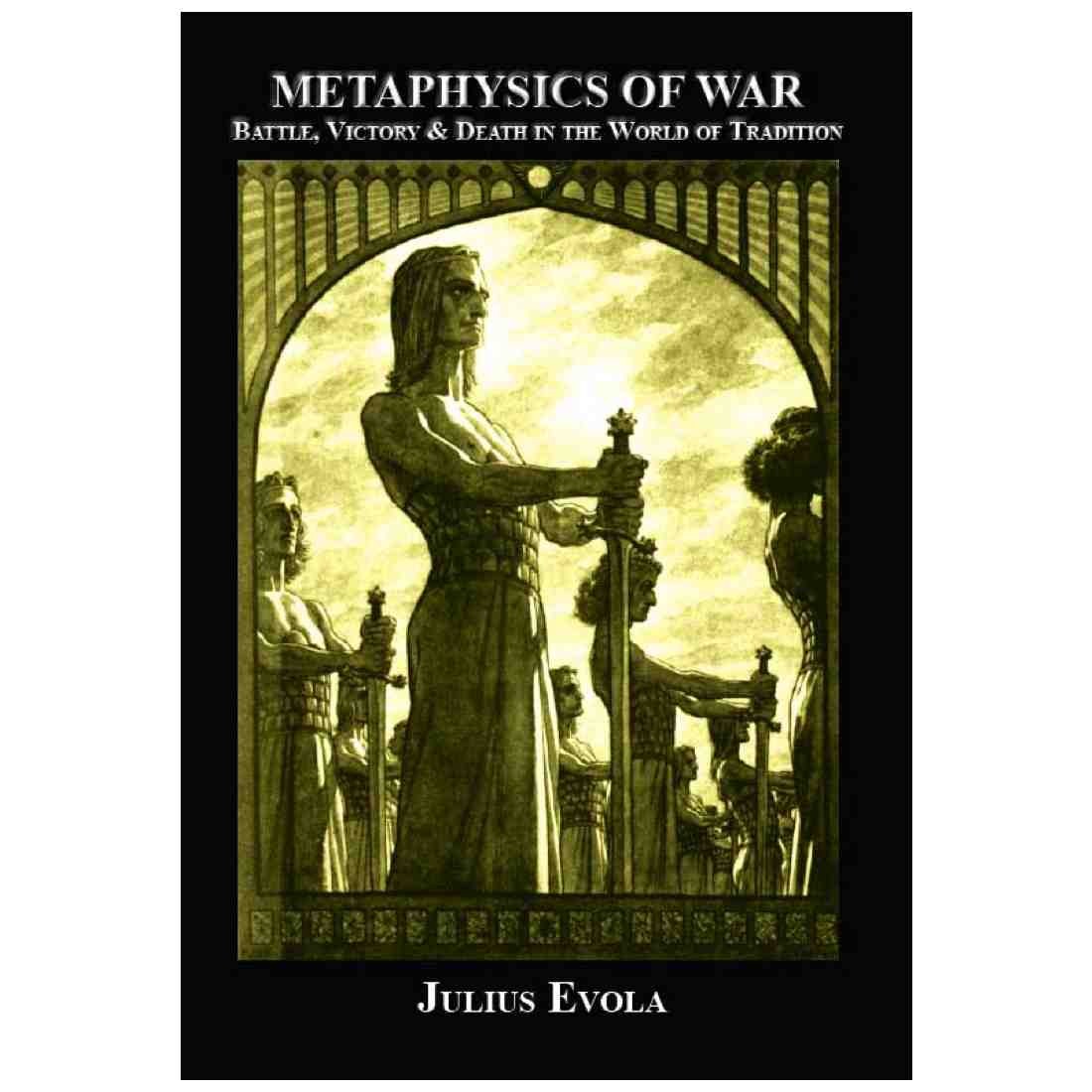 Metaphysics of War - Battle, Victory & Death in the World of Tradition was published for the first time in English in March 2007 and is ITP's first publication. The first print run will be of 200 copies. It contains sixteen essays and considers the spiritual aspects of war within various traditions. The book includes, among other things, the infamous essay Die Arische Lehre von Kampf und Sieg (The Aryan Doctrine of Combat and Victory) from 1941.

This collection of essays is about war from a spiritual and heroic perspective. Evola selects specific examples from the Aryan and Islamic traditions to demonstrate how traditionalists can prepare themselves to experience wars in a way that could allow them to transcend the limited possibilities of life in our materialistic age, entering the world of heroism, i.e., achieving a higher state of consciousness, an effective realisation of the meaning of life. His call to action, however, is not that of today’s armies, which ask nothing more of their soldiers than to become mercenaries in the service of a decadent class. Rather, Evola presents the warrior as one who lives a cohesive and integrated way of life – one who adopts a specifically Aryan view of the world, which sees the political aims of a war not as war’s ultimate justification, but as being merely a means through which the warrior realizes his calling to a higher form of existence.

1. The Forms of Warlike Heroism

2. The Sacrality of War

3. The Meaning of the Crusades

4. The Greater War and the Lesser War

5. The Metaphysics of War

9. Race and War: The Aryan Conception of Combat

11. The Aryan Doctrine of Combat and Victory

12. The Meaning of the Warrior Element for the New Europe

14. The Roman Conception of Victory

16. The Decline of Heroism